District 23 members actively supported this campaign in 2020. Click here for a video highlighting the actions of many Clubs. Also, see the gallery of photos below. 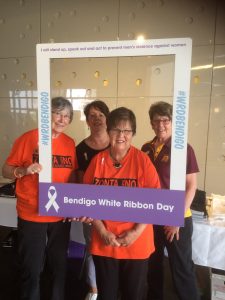 Zonta Club of Bendigo
The Bendigo Club’s Service and Advocacy committee has been working in collaboration with the City Council, Victoria police and other organisations to organise a community response to White Ribbon Day to commence the 16 days of activism against gendered violence.  On Friday 24 and Saturday 25 November club members attended local cricket matches where the Associations had agreed to get players to swear to eliminate violence prior to their match.  See Bendigo Advertiser report.

The “Bendigo Walks Against Violence” event was held on Monday 27 November.  Bendigo Zontians proudly represented the club selling white ribbons in the Ulumbarra Theatre foyer before the start of the community event.  A crowd of around 500 was assailed by guest speaker Tarang Chawla’s heart rendering account of his sister Nikita’s murder by her husband and the impact of domestic violence on their family.  See Bendigo Advertiser report.

Following the guest speaker the crowd walked behind their banners through the town to the civic gardens. 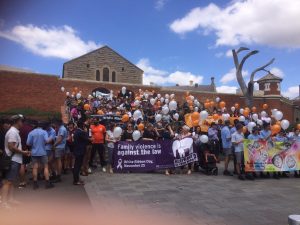 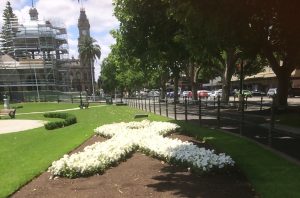 A feature in the Bendigo gardens was a bed of white petunias
planted in the classic White Ribbon pattern.

27th Annual Domestic Violence March, held in Perth, to coincide with the beginning of the 16 Days of Activism. 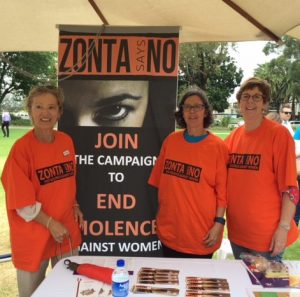 Bunbury Zontians spent White Ribbon Day at The Bunbury Forum, distributing White Ribbons and advocating to end violence against women and girls.
It was fantastic to have men distributing ribbons with us – a first for the club. 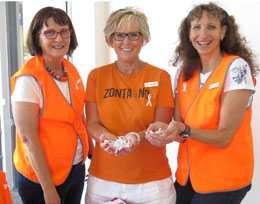 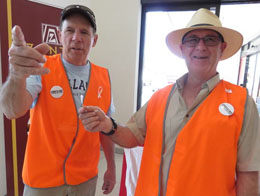 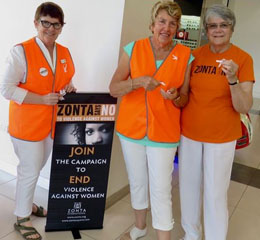 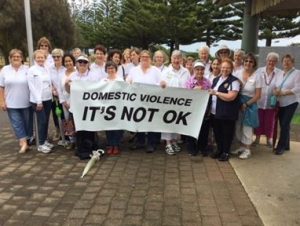 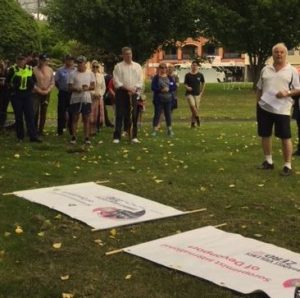 Swan Hills members joined the “Midland March That Matters – White Ribbon Day” which incorporates all the agencies of the area which deal with the impact of domestic violence.  This was followed by and event with guest speakers, stalls and a sausage sizzle entitled “Stand up Speak Out and Shift the Blame”. 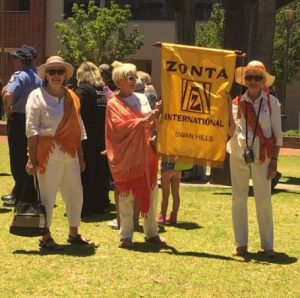 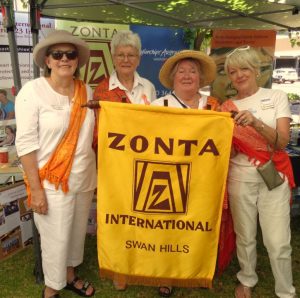 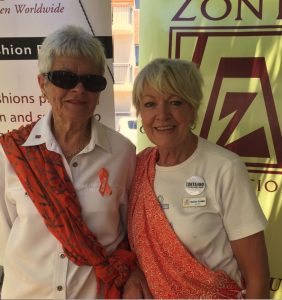 The November meeting was held with a White Ribbon focus to highlight the awareness of violence against women and children.  The guest speaker was the CEO of Yarredi Service which provides support, counselling and safe accommodation for abused women and children. 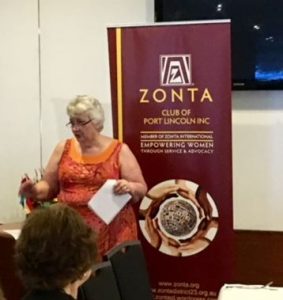 In Western Australia domestic homicide accounts for a quarter of all murders annually, with between 18 and 24 women perishing every year at the hands of a family member.
At 10am on Friday 24 November 2017, members and friends of the Zonta Club of Peel, together with representative of the local community, gathered for a rally to remember and honour those who have died as a result of domestic violence.
At the conclusion of formalities and proudly wearing their Zonta Says No to Violence Against Women vest, an estimated 200 women and men marched to commemorate the victims and recognise this tragic loss of life. 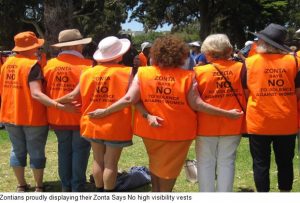 The Zonta Club of Gawler and Chibos supported White Ribbon Day with Zontians proudly displaying the message on their shirts. 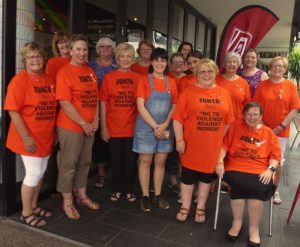 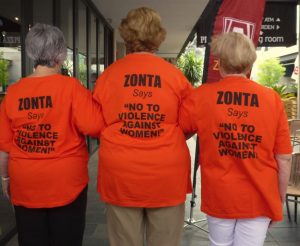